skip to main | skip to sidebar

Finally I reach Bangkok after more than 12 hours travelling.

To save cost, I took free shuttle bus from Bangkok airport to public bus stop.
From Airport to Bangkok city center only costs 36 baht which is around rm3.60 !! No other countries can offer such a cheap transportation from airport to city center and runs 24 hours everyday !! 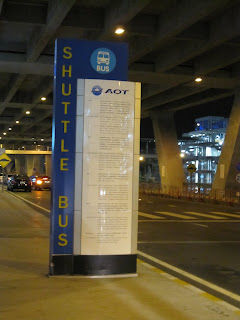 The free shuttle bus stop. Every Thais there were looking at me with strange stare.

I stayed in a cheap place with 10 persons in a room but it was clean and friendly staff,the only problem is that it is far from the nearest train station.

The next day, a Japanese roommate talked to me thinking that I am Japanese. He was so happy that I can speak Japanese and asked to join my trip to Royal Palace and watch Muay Thai show. It was my second visit to Grand royal palace. Eventhough I have been there 15 years ago, I dont really actually remember the scenes there. Everything looks new to me and I enjoyed every bit of it. Another Japanese girl joined us when she overheard our Japanese conversation. Cant believe that after trying so hard to escape from Japan for holiday, I ended up talking Japanese the whole day in Bangkok that day!!! 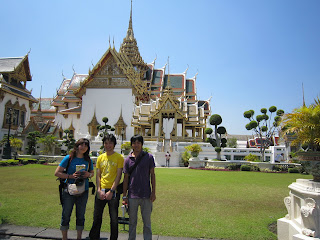 Casual travel partners that will never meet again.I had already forgotten their names... 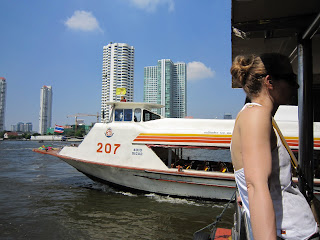 I like the fact that Thai is appreciating their river and using it as one of their main transportation method. I think Msia should emulate this and make river as a part of our city but not our dumping site.

Later in the evening, I went to watch Muay Thai in Lumphini Boxing stadium. There are 2 in Bangkok but I prefer this as all locals come to this one.It was not cheap but worth the experience. 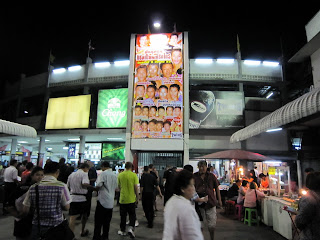 The entrance.Many locals are betting and the atmosphere was great. Too bad I cant understand the way they bet..mmm... 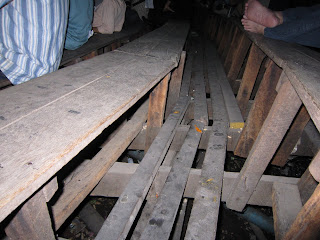 This is the sitting place in the stadium.Viewers are sitting like they are in their own living. There are holes everywhere and I dropped my camera case down there. Why am I always so careless !!! aisyhh...my green color camera case..i will miss u !!

Went to have Thai massage and some drinks after the show then straight away headed back to hostel. I know I know Thai nightlife is not to be missed but I was too tired travelling one day before so I am charging battery for tomorrow night..hehe. I was sooo tired that i slept during body massage.

There is a saying that "Rest to have a longer journey."

With my bad habit of always trying to do things last minute,again I couldnt get a cheap and direct flight back to KL. The next best thing was a transit stop flight in Beijing. I grabbed that and instead of flying back to KL I chose Bangkok. I decided to travel Bangkok alone before going back home. 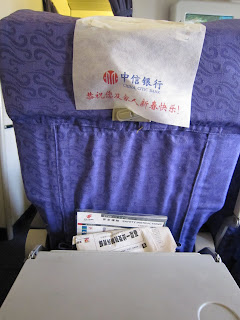 Can you see what I see ?? Yes,there is no TV, no inflight entertainment!!

Without anything to do, I slept and slept till my eyes refuse to close anymore. I took the initiative to talk to the passenger next to me. I thought I was brave to travel alone. Many would have agree too. But hurrah this... 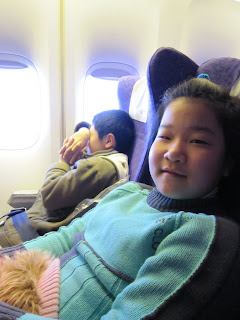 She is only 10 years old and she is traveling on her on.On top of that she handles boredom far better than me. She basically sit still and not even looking at any magazines there. What makes me sad is she is a Japanese that speak better Chinese than me...aisyhh...
She was very careful when talking to me, a bit passive I should say. Am I that scary ??!!

Trying to open her up a bit, I ordered Chinese beer. 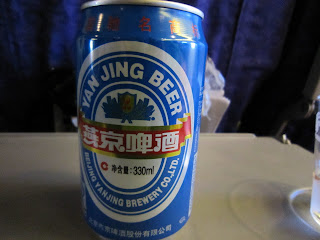 mm...think of it she is still underage, so I double check the alcohol level hoping for miracle.There are 0% alcohol beer in Japan what ??!! 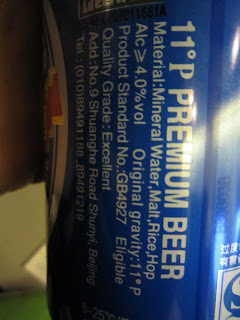 Finally I reached Beijing, 2 hours late thanks to delay in departure and because of that I had to run around like mouse in Airport to catch my transit flight to Bangkok. When the time was just gonna run out, a generous guy with a vehicle stopped by and offer me a ride. Half-way through, he said 10 reminbi..eee...I thought it was FOC !! Then I said no renminbi, he said US Dollar or Japanese yen also acceptable. As I feel abit tricked, I said I had none of those except MSIa ringgit and credit card. Luckily he doesnt accept both..hahaha and he let out a huge sigh and straight away dropped me off. Ran for my life and giri-giri managed to get in by using staircase. It made me feel getting on like VIP. 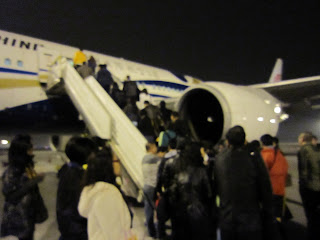 Another long journey flight without TV but I was tired from previous flight and all those rushing. This time I planned to sleep. But the one sit next to me is a tour guide and keep on talking to me !! Am I that friendly ??!! I got some peace when finally she is busy dealing with her works. 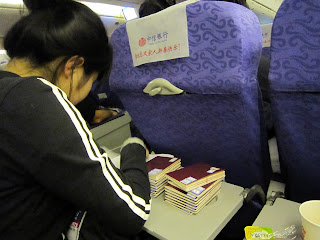 Jokes aside, I really enjoyed talking to her. Learning something new about China and tips for travel ?!...

Finally I reached Bangkok in the midnite. No more train to city-center and as Im alone taking taxi will cost a bomb. Luckily I had a plan in mind.

Can anyone tell me a good way to upload a video longer than 11 mins ??

I tried to split it but because it is in MPEG format very hard to find free software which enable me splitting unlimited files.

Tried to upload on youtube but the maximum length is 10 mins..arghhh..

Tried to upload here, it did work but it takes long time to upload only one part..mm...

It was a session by professional Engineer and yes it was really informative !!
Posted by stevelee67 at 11:59 PM 49 comments:

stevelee67
Nothing special about me , like what it is written in the interest column,i wanna become a civil environmentalist in the future !! Wanna clean our Earth ...